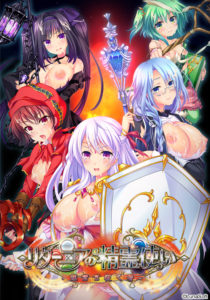 The stage for this tale is the “Ritaania Kingdom”, a kingdom that has enjoyed continuous peace for 500 long years.

One day, a “portal” which linked Ritaania to the demon world wherein dwelled vile monsters appeared.

If the portal was left unchecked, monsters would invade Ritaania and the kingdom would be destroyed.

However, a similar portal appeared 500 years earlier and a certain hero came to the rescue of the beleaguered kingdom.

The one who came to be known as the “Spirit Master of Ritaania” commanded five spirits, “The White Spirit Norn”, “The Red Spirit Vesta”, “The Blue Spirit Rusalka”, “The Green Spirit Melissa” and “The Black Spirit Ellis” and fought bravely against the demons, it was said the Master succeeded in sealing the portal.

hey bro, i’ve tried the download but doesn’t seems have a magnet link on it, and i already try another browser and still same.

the magnet link seems to be missing again